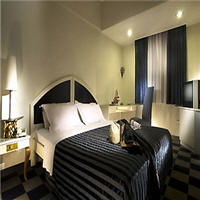 Jakarta
Jakarta, Jl. Let. Jend. S. Parman 78 Slipi, Jakarta 11410, Indonesia
Cost of number from 66.50 EUR
Geographical position
Jakarta is located on the northwest coast of Java, at the mouth of the Ciliwung River on Jakarta Bay, which is an inlet of the Java Sea. Officially, the area of the Jakarta Special District is 662 km2 of land area and 6,977 km2 of sea area. Jakarta lies in a low, flat basin, averaging 7 metres (23 ft) above sea level; 40% of Jakarta, particularly the northern areas, is below sea level, while the southern parts are comparatively hilly. Rivers flow from the Puncak highlands to the south of the city, across the city northwards towards the Java Sea; the most important[clarification needed] is the Ciliwung River, which divides the city into the western and eastern principalities. Other rivers include the Pesanggrahan, and Sunter.

These rivers, combined with Jakarta's low topography make it prone to flooding from swollen rivers in the wet season and high sea tides. Other contributing factors include clogged sewage pipes and waterways that service an increasing population, in addition to deforestation near rapidly urbanizing Bogor and Depok in Jakarta's hinterland. Furthermore, Jakarta is an urban area with complex socio-economic problems that indirectly contribute to triggering a flood event. Major floods occurred in 1996 when 5,000 hectares of land were flooded and 2007. Losses from infrastructure damage and state revenue were at least 5.2 trillion rupiah (572 million US dollars) and at least 85 people were killed and about 350,000 people forced from their homes. Approximately 70% of Jakarta's total area was flooded with water up to four meters deep in parts of the city.

May 2011: The Jakarta Environmental Management Agency categorized all river at Jakarta were polluted, 71% of them were heavily polluted, 20% were partly polluted and 9% were lightly polluted.

East Flood Canal (BKT) in eastern Jakarta was a national project which began in 2003 and late 2009 reached the Java sea and will be accomplished in 2011. It was 23.5 kilometers length which linking five rivers: Cipinang, Sunter, Buaran, Jati Kramat and Cakung. It will reduce flood and hope as a 2 kilometers rowing sport venue too. To ease from flood, Jakarta Emergency Dredging Innitiave (JEDI) phase-2 will make underground canal (siphon) from Ciliwung river to Cipinang river and then go through to East Flood Canal. It will lowering flood at Cawang, Kampung Melayu, Bukit Duri and Kebun Baru. The length will be one kilometer and will be finished at 2016.

The Thousand Islands, which are administratively a part of Jakarta, are located in Jakarta Bay north of the city.